‍
The Miqat & That Which Is Prohibited In A State Of Ihram

Every land or area has an appointed place of entry to begin their Ihram. All the well-known places mentioned above are places leading towards Makkah. So a person uses either these places or places in line with the above specified places. Why? Because they might not necessarily be coming from the same places of origin as is specified in the ahadith. They might be coming from places that fall at an angle in between them. A person is not allowed to go beyond these points without making the intention of Ihram. The intention is to be made either before reaching this point or at this designated point.

Many contemporary scholars discuss regarding the intention of Ihram on arrival in Jeddah since majority of the people are flying in via planes. What people typically do is that they change in the plane and are ready beforehand. Some scholars ruled it to be permissible to make the intention of Ihram after landing in Jeddah. This position is held by Sheikh Muhammad al-Tahir ibn Ashur (Maliki), Sheikh Mahmud al-Zayd (Qatar), Sheikh Moustafa al-Zarqa (Hanafi), Sheikh Abdullah al-Judai (Vice-President of the European Council for Fatwa), Sheikh Muhammad al-Hassan al-Dido al-Shanqiti (Maliki), Sheikh Abdul Hayy Yusuf (Mufti Sudan), among others.

It is difficult to say if this position is in line with the principles of the Hanbali madhab. Why? Because here were are discussing of a situation where the person is in mid air thousands of feet above the ground. It is not the same as one travelling by horse or camel. The Prophet ﷺ designated those places as people could settle down there, prepare, take ghusl, and then move forward. These paths were famous and well trodden paths on the way of people. There is nothing holy per say about them, such that one cannot enter Ihram except only from there. It’s not a stable situation to enter into Ihram in mid-air. So now people have to either get into Ihram thousand of kilometres from their home, which is makruh, or they have to sort things in mid-air, which is also problematic. Both are inconsistent with the objectives of the Shariah in designating the mawaqeet. What makes things a bit easy is that Jeddah is roughly the same distance from Makkah as the miqat of the Yalamlam. If the pilgrims land in Riyadh or Madinah, then that is easier as they can take the miqat from those respective places. Sheikh Zahed Fettah is currently researching on this topic.

Whoever is present in Makkah can enter into Ihram for Hajj from there itself, and for Umrah from outside of the Haram boundary.

Each of these miqat (plural: muwaqeet)  are at-least 80 kms or so distance from Makkah.

Narrated Aisha: “……I got the menses and performed all the ceremonies of Hajj. So, when the Night of Hasba (night of departure) came, I said, “O Allah’s Messenger (ﷺ)! All your companions are returning with Hajj and `Umra except me.” He asked me, “Didn’t you perform Tawaf of the Ka`ba (Umra) when you reached Makkah?” I said, “No.” He said, “Go to Tan’im with your brother Abdur-Rahman, and assume Ihram for Umrah and I will wait for you at such and such a place.” So I went with `Abdur-Rahman to Tan’im and assumed Ihram for Umrah……” [Bukhari].

For many of the acts of Hajj, one will be going outside the Haram anyways. The Umrah is only performed in Masjid al-Haram so one has to leave and return again to perform Umrah.

The prescribed month for Hajj are Shawwal, Dhul-Qa’day, and the first 10 days of Dhul Hijjah.

Based on the Hanbali primer, Akhsar Al-Mukhtasarat authored by Ibn Balban al-Hanbali as taught by Sheikh Zahed Fettah حفظه الله 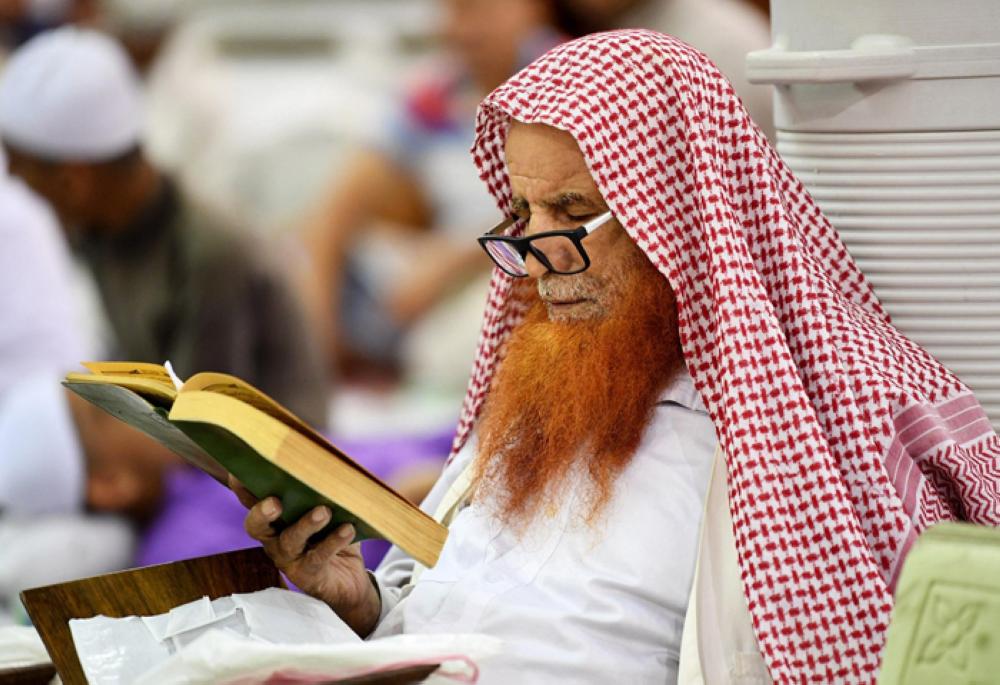