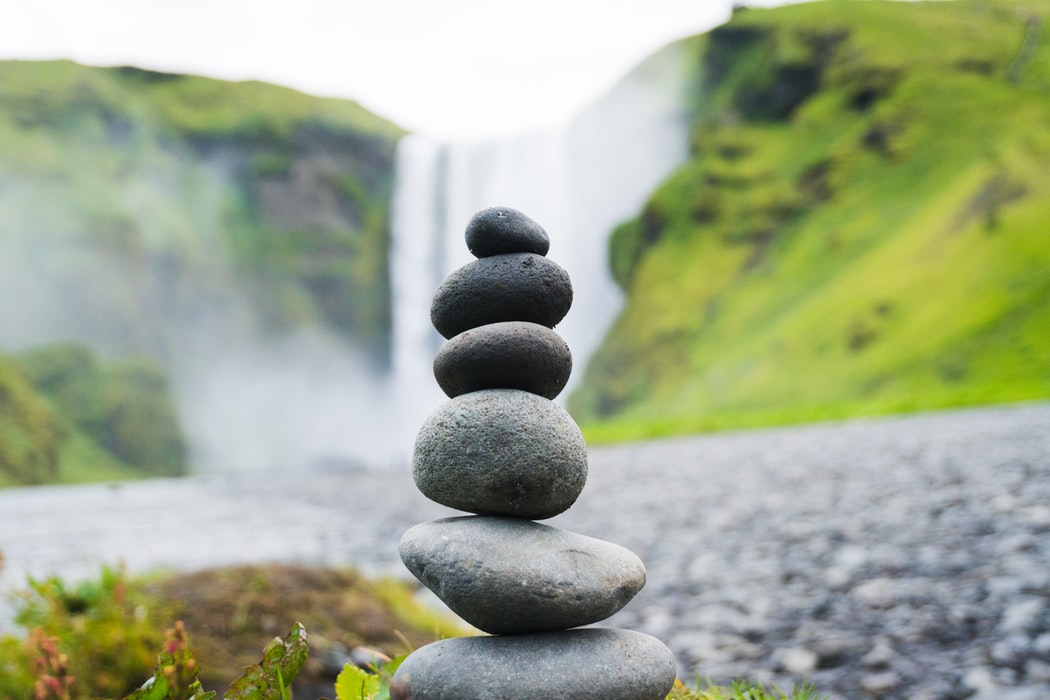 Crowdfunding from the Prophetic Seerah

Crowdfunding is the practice of funding a project or venture by raising small amounts of money from a large number of people, typically via the Internet. [The SAGE Encyclopedia of the Internet, 2018]

Crowdfunding represents a great tool of financial inclusion as well as an important support for families and small enterprises. From starting at the bottom, to creating a worthwhile project, to sharing and limiting risk, this is where crowdfunding and Islamic finance come together.

But what if I told you that the very concept of crowdfunding can be observed in the life of Prophet Muhammad ﷺ himself nearly 1400 years ago.

Salman al-Farisi, a very prominent companion of Prophet Muhammad ﷺ is perhaps most famously known for his ingenious plan during the Battle of Khandaq to outsmart the 10,000 strong army of fighting against Madinah by using a technique in warfare not known by the Arabs at that time.

Born into a Persian family Zoroastrians, Salman’s journey across Arabia in the search of truth is stunning. Imam Bukhari narrates that he was sold as a slave by one master to another for more than ten times (i.e between 13 and 19) till he was finally sold to the tribe of Banu Qurayza in Madinah. He was kept busy with the work of a slave, until he had missed attending Badr and Uhud with the Messenger of Allah ﷺ.

So I had paid off the trees but there still remained the money. A piece of gold the size of an egg was brought to the Messenger of Allah ﷺ from one of his campaigns. He said: “What happened to the Persian who had a contract of manumission?” I was summoned to him and he said: “Take this and pay off what you owe, O Salman.” I said: How could this pay off everything I owe, O Messenger of Allah? He said: “Take it, and Allah will help you to pay off what you owe.” So I took it and weighed it for them, and by the One in Whose hand is the soul of Salman, it was forty uqiyahs, so I paid them their dues and I was set free. I was present with the Messenger of Allah ﷺ at al-Khandaq, and after that I did not miss any major event with him. [Musnad Imam Ahmad (5/441)]

A very important point to be highlighted is that it wasn’t passive charity or participation on behalf of the donors but active and dynamic participation. The donors knew exactly where and how their money or donation was going to and who exactly was benefiting from it. Also, there was trust in the decision of the person who had identified this ‘campaign’ for the people to come together to crowdfund for. Sadly today, many crowdfunding platforms and charities are plagued with mismanagement of funds and corruption because of which people have lost trust or at least look at such efforts with a suspicious eye.

From the story of the freedom of Salman al-Farisi we learn how the Prophet ﷺ built Madinah as a society and instilled brotherhood among the sahaba. The Prophet ﷺ not only asked the sahaba to help their brother, but they also had to put in the effort of digging out the donated trees from their lands and digging a hole to transfer-plant it in the new location too.

It wasn’t a detached donation but rather an attached investment

Donating is just one thing, but actually volunteering and taking the charity to the people dignifies the deed. The Master of the Children of Adam, the Vessel of Revelation, the Imam of the Prophets of Allah ﷺ at over 50 years of age, under the Arabian sun walks down to plant 300 date trees all by himself just for the sake of a slave.The Prophet ﷺ didn’t just see a slave but rather He saw a Believer seeking the Truth.

What was the Impact of this Crowdfunding Campaign?

The Battle of Trench was fought that exact same year in which Salman was freed. We all know who was the game-changer in this Battle. As a scholar, Salman رضي الله عنه was noted for his vast knowledge and wisdom. Abu Hurairah رضي الله عنه is said to have referred Salman as “Abu Al Kitabayn” (The Father of the Two Books, i.e., the Bible and the Quran) and Ali رضي الله عنه is said to have referred him as Luqman al-Hakeem (Luqman the wise – reference to a wise man in the Quran known for his wise statements) And Ka’b al-Ahbar said, “Salman is stuffed with knowledge and wisdom – an ocean that does not dry up.”

Another important lesson we learn from this is that it showcases a classic example of impact crowdfunding. The Prophet ﷺ identified the problem as well as provided a solution to it, to which he called the community to come together to help. With the fast paced world, it is very easy to get lost in the overflow if information. If the people are properly aware of the issues at hand, and there are proper facilities at hand to manage the funds, people will participate for sure.

Islamic social financing holds the promise. This is based on estimates developed in studies by researchers at the Islamic Development Bank (IDB) and the World Bank. IDB’s research on Zakat in 2015 shows an estimated US $600 Billion (RM 2.4 Trillion) available to meet humanitarian needs. The logic goes further. If 1% of this is made available, it can meet the global funding deficit for 2015.

Against this potential, how much zakat is mobilized across the world? A back-of-the-envelope calculation provides some interesting insights. Rounding off the latest actual collection figures as reported by various issues of the IRTI Islamic Social Finance Report (Obaidullah et al, 2014, 2015, 2017), we find that Saudi Arabia (USD 4 billion), Malaysia (USD 600 million), Indonesia (USD 270 million), Sudan (USD 225 million), India and Pakistan (USD 100-150 million each), Islamic Relief Worldwide – collected from 1st world Muslims – (USD 100 million), Singapore (USD 20 million), Brunei (USD 15 million), South Africa (USD 10 million) – add up to USD 5.5 – 6 billion. This work out to be around one percent of the estimated potential.

Note that among other notable countries with significant Muslim population, Iran doesn’t have zakat. Muslims in Russia, CIS countries and African countries collect negligible zakat (Russia: USD 5.9 million; Nigeria: USD3.3 million). Turkey mobilizes zakat, but through a handful of NGOs only. If we add 3-4 billions from other GCC countries. A conservative global estimate will be about 10-15 billion USD.

Therefore, at best a maximum of 2-3 percent of potential zakat is being actually collected.

Umar Munshi, founder of Ethis Ventures writes, “Muslims give the most but remain the neediest. It is clear that our current distribution system for Islamic social finance is terribly broken. Clearly also, a huge portion of Muslim donation proceeds are somehow lost, not knowing exactly where it ends up.

Based on the numbers and observable impact (or lack of it), the trust that we have in bodies that deal with Islamic social funds needs to be reexamined. In many cases, our trust is abused for selfish gain. Even for those who are sincere and honest, there is a lack of understanding and procedures in place to prevent leakages and fraud.”

The Charity Comission for England and Wales record, ” The public want greater authenticity not just more transparency, they want to know that charities are what they say they are. And conversely: when they see actions and behaviours that are inconsistent with a charity’s purpose and values (for example in fundraising or protecting staff and beneficiaries), their trust is undermined. And we now know that trust affects the public’s willingness to support charities, particularly in terms of becoming long-term supporters or volunteers. We mustn’t wait for donations, and other means of support for charity, to be hit, before we act.

Public trust in charities has plateaued since 2016. Whilst trust in other social institutions may have declined in comparison, we consider it unsatisfactory that charities are trusted less than the average man or woman in the street. It is our aspiration that charities are among the most trusted social institutions. And we think charity leaders share that aspiration. Charities have a special status in society, which comes with certain privileges (financial and reputational) and advantages (public support). With these advantages come obligations to act to a high standard of compliant and ethical behaviour that the public expects.

The public make clear that transparency about the distribution of funds and the end impact that donations have is critical to their trust in charities.  When the public suspect that charities are not showing good financial stewardship, living their values, and having a demonstrable impact, their trust decreases. More generally, there is a suspicion that a great proportion of donations do not reach the beneficiaries they are supposed to reach. This is reinforced when impropriety by charities comes to light and is widely reported on.” [Trust in Charities, 2018]

Not just Muslims, but the world can take inspiration from the life of Prophet Muhammad ﷺ. Allah mentions in the Quran, “There has certainly been for you in the Messenger of Allah an excellent pattern for anyone whose hope is in Allah and the Last Day and [who] remembers Allah often.” [Surah al-Ahzab, Ayah 21]

Why do I highlight this? Even before the advent of his Prophethood, he ﷺ was very well known in his community as the most trustful and the most truthful man. His traits of trust and truthfulness were so well known that even his staunchest opponents from the Quraysh in Makkah used to entrust him with their expensive riches such as armor or gold when they traveled away from home. They knew for a fact that he would save their wealth for them and give back exactly what belonged to them upon their return. Without the ease of transport we have today, people used to be away for months and years at a time. Those who were entrusted with wealth etc quite a lot of the time ended up cheating and completely denying that they were even entrusted with something in the first place.

Reading about the life of the Prophet ﷺ will really bring you to your knees in appreciation of his life. When the Messenger of Allah ﷺ migrated from Makkah, he still had many of his persecutors’ belongings with him for safekeeping. Despite all the insults, harm and persecution meted out to him and his companions, Prophet Muhammad’s ﷺ integrity was never compromised.

Aisha رضي الله عنها said, “He ﷺ instructed Ali to stay behind in Makkah, in order to return all the trusts the Messenger of Allah ﷺ had for people. There was nobody in Makkah (even his enemies) who had valuables that he feared for except that he kept them with the Messenger of Allah ﷺ, due to the honesty and trustworthiness that was known [to all] about him. Thus, Ali stayed back for three days and three nights to deliver everything entrusted by the people to the Messenger of Allah ﷺ back to them, and then caught up with him ﷺ after completing that task.” [al-Bidayah wan-Nihayah (3/218-219)]

To put things in context and the sheer magnanimity of this incident, these are people who had just carried out an assassination attempt in the middle of the night on the Prophet and had put a price on his head.

May Allah allow us to emulate the best of examples in all of our personal and professional dealings.