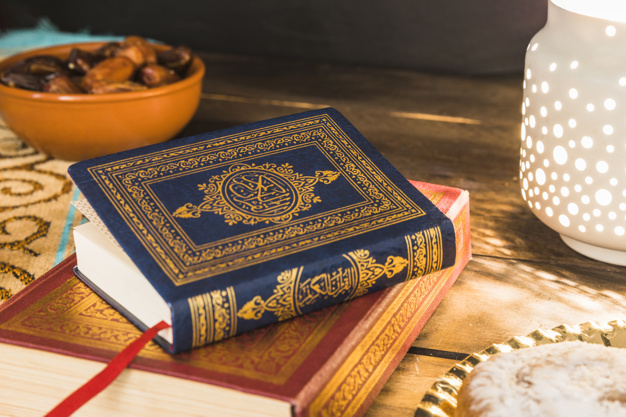 It was always interesting to hear/read at the start of an explanation about a Surah whether it was Makki or Madani. The Quran comprises of 86 Makki Surahs and 28 Madani Surahs. Ofcourse whats generally understood is that the Surahs revealed in Makkah are Makki and those in Madinah are Madani. This is a slight misconception.

The basis of classification as per the giants of Tafseer is not the city of revelation but rather the hijrah of the Prophet صلى الله عليه وسلم. Surahs revealed before Hijrah are termed Makki and those after Hijrah are termed Madni. They do not mean that the ayat were explicitly revealed in Makkah or Madinah.

Our scholars put together a kind of classification to differentiate the Surahs being Makki or Madani:

1. Every Surah in which the word كٓلآّ (never) appears is Makki. This word has been used 33 times in 15 Surahs and all these ayat are in the last half of the Quran

2. According to the Hanafi scholars every Surah in which a sajdah appears is Makki.

3. Every Surah except Surah Al Baqarah in which the story of Adam and Iblis is mentioned is Makki.

4. Every Surah in which the permission of Jihad or a description of its injunctions have been given is Madani.

5. All ayat which mention hypocrites is Madani.

6. In Makki Surahs, generally the form of address used is ياايّهاالناس (O People) while in Madani Surahs it is ياايّهاالذين آمنوا (O Believers)

7. The ayat of Makki Surahs are generally short and brief whereas the Madani ayat are long and detailed.

9. In Makki Surahs most of the confrontation is against idolaters while in Madani Surahs it is against thePeople of the Book and hypocrites.

11. The idolaters of Makkah were worshipping idols in the belief that these hand-crafted “gods” would act as an intermediary between them and Allah. Makki ayat were aimed at clarifying this misconception. The ayat taught the correct method of Salat and that it should only be made for and to Allah.

2. Makkan Surahs are generally pertaining to Prophetic stories, while the Madani Surahs deal with the realization and fulfillment of prophecies and promises.

For some knowing this is just extra reading and for some academia. But for the general reader, knowing the difference between Makki and Madani Surahs opens a lot of doors to contemplate over. The fact that the style of addressing in the Quran are different in Makkah and Madinah gives us an indication on how to treat, teach and give dawah to people based on their level of understanding and belief. It will also help in learning more and giving a better understanding of where, about whom and about what the ayat were revealed.

From an academic point of view knowing the difference between Makki and Madani ayat will also be very helpful in determining the nasikh (abrogating) and mansukh (abrogated) ayat in the Quran. When two ayat that seem to be opposite of each other are seen, it can easily be understood that the one that was revealed before (for instance Makki ayah) is nasikh and the other one is mansukh.

Although all the Makkan ayat were revealed before the hijrah, they were neither memorized nor written in the same order of which they were revealed. Some ayat were revelaed at short intervals and sometimes an entire Surah was revelaed all at once.  Our Prophet صلى الله عليه وسلم would tell his scribes to write the ayat in the Surah to which it belonged. If a new Surah was revealed, he would recite the Surah in the order it was to be recorded. Once the Madani ayat began to be revealed, the Prophet صلى الله عليه وسلم would tell his companions to place them before or after certain Makkan ayat. Though there are Surahs which could be Madani but have a few ayat that are Makki in them and vice versa. A Surah is classified Makki or Madani based on the majority of the ayat therein.

What a sight that would have been.

The Greatest creation of Allah, Imam of the Prophets of Allah and, Leader of all Mankind – Muhammad صلى الله عليه وسلم

The Bringer of Revelation, Friend of the Prophets of Allah, and the Leader of Angels – Jibreel عليه السلام

Best of friends, together reciting the greatest words of their Lord in the greatest and blessed days of Ramadan.