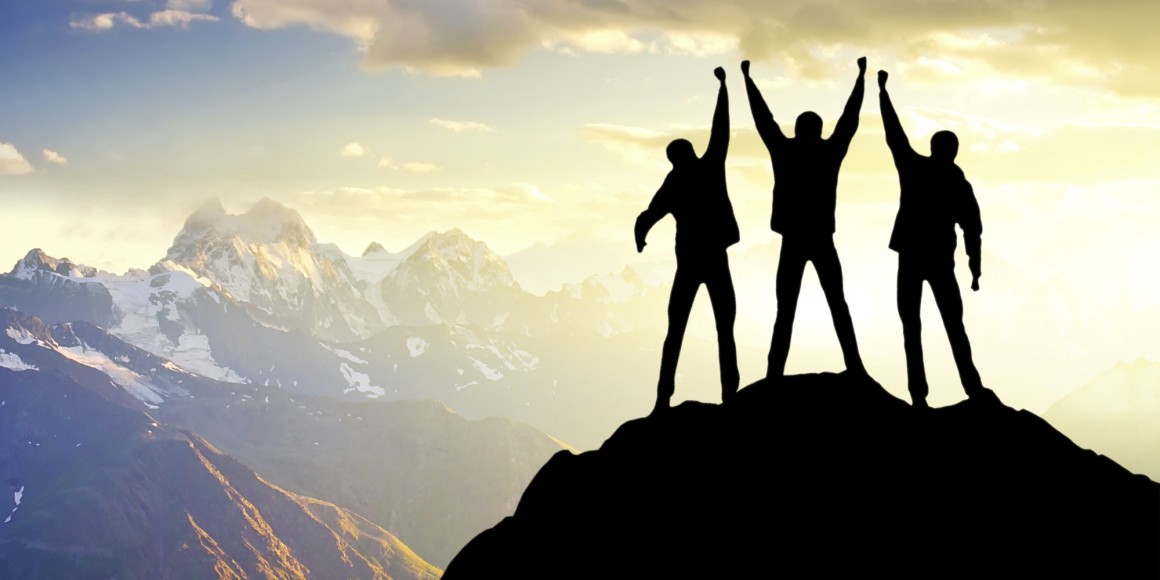 10 things stopping you from becoming a successful Muslim

Success is the ultimate desire for all of us and a Muslim yearns for success not only in this Dunya but also in Akhirah. We often fear that striving for success in Dunya might destroy our success of Akhirah. Instead of fearing it, let’s face it. We have only one life where we can act according to our choice. We must take care that our choices and actions of this Dunya are such that fetch us success of both the worlds. We need to identify all factors that hinder our success. Because if we fail to identify the factors, we will fail to take the correct measure, and taking the right measure is the only way towards success. So, let’s look at some points that could be hindering our success:

Successful people read Quran to get the guidance for life. Sa’d ibn Abi Waqas رضي الله عنه who would walk past the tents of the Mujahideen in the battle of Qadisiyyah. If he heard Quran being recited from that tent, he would say ‘From here does victory come’, and if he found the people of the tent heedless from recitation of Quran, he would say, ‘from here comes defeat’. [Causes that aid in the memorization of Noble Quran, pg 6]

The above statement amazed me that although they were in one of the highest forms of Ibadah (Jihad), the general of the army connected their victory with the reading of Quran. It made me reflect on how we treat the Quran. We know that Quran is the guidance for any work or mission that we pursue. When we take Quran as our life guidance, it guides us in all our endeavors. Also, through the remembrance of Allah, we learn to depend on Allah alone. On the other hand, when we are not in touch with Quran, we find no guidance, no remembrance and no dependence on Allah. Instead, we start depending on mere means. Consequently, we face failure, not even knowing that we brought it upon ourselves. Before we move forward, let’s ponder upon this for a moment and make some decisions for our life.

Check your Salah. Do you pray on time? Or do you delay because of meetings or cooking? I am confident that you believe that your important meeting or cooking at the cost of Salah on time will not contribute to your provisions. So perhaps, the only reason you are delaying it is out of negligence. Successful people pray Salah on time. See what Allah سبحانه وتعالى said about this.

“Men whom neither trade nor sale (business) diverts from the remembrance of Allaah (with heart and tongue) nor from performing As‑Salaah (Iqaamat‑as‑Salaah) nor from giving the Zakaah. They fear a Day when hearts and eyes will be overturned (out of the horror of the torment of the Day of Resurrection). That Allah may reward them according to the best of their deeds, and add even more for them out of His Grace. And Allah provides without measure to whom He wills” [Surah Al-Nur]

Prophet ﷺ said, answering the one who asked him which deed is most beloved to Allah, “Prayer done on time.” [Bukhari]

“And remember your Lord by your tongue and within yourself, humbly and with fear without loudness in words in the mornings, and in the afternoons and be not of those who are neglectful.” [Surah Al-A‘raaf]

Prophet ﷺ said, “Your body has a right over you.” [Bukhari]

Do you give your body its due rights? Do you take care of it? Successful people exercise, eat clean, and remain hygienic. Prophet ﷺ said: “The strong believer is better and more beloved to Allah than the weak believer.” [Narrated by Muslim, 6774]. He ﷺ warned, “The two feet of the son of Adam will not move from near his Lord on the day of Judgement until he is asked about five (matters)”. Two among those matters are, about his life – how he spent it and about his youth – how he took care of it. [Tirmidhi]

Do you take some time off from everything exclusively for yourself? You don’t have to leave everything behind and retreat into the wilderness for that. The main objective here is to reflect on yourself, your connection with your Creator, how you are aiding the Ummah, to take lessons from your mistakes, to repent, to find the solution you are looking for. It could be in the form of going to the Masjid early or staying back after Salah, or at home, at the time of Tahajjud (Night prayer).

Successful people take time out for themselves to reflect.

I remember the story of a small boy who all he wanted to buy from his pocket money was an hour of his busy father’s time. It is not about how much you love your family, but rather how much of productive and quality time you spend with them.  Successful people give time to their family in a way that pleases Allah. It could be a cup of tea with your mother, a walk with your father, a Quran time with your children, a reading time with your spouse, an outing with your sibling or a weekly family knowledge session. To me, this is work life balance. Plan it out now. Because when the whole world refuses to give you recognition, it’s your family that will stand by you. So, be just by giving them their due rights.

Prophet ﷺ said: “Protect yourselves from the Fire even if it is with half a date.” [Bukhari]

The truly successful ones are those that give Sadaqa from whatever they have and see it as an increase, rather than decrease, in their wealth.

Prophet ﷺ said: “Whoever gives charity the equivalent of a date that was acquired by halaal means – for Allah does not accept anything but that which is good (halaal)– Allah accepts it in His right hand, then He tends it for the one who gave it, as one of you tends his foal, until it becomes like a mountain.” [Bukhari]

Successful people ask for forgiveness from Allah. Prophet ﷺ used to make Istighfar more than seventy times in a day. Do you know the power of Istighfar? The answer is in this verse below, where Allah says:

“And O my people! Ask forgiveness of your Lord and then repent to Him, He will send you (from the sky) abundant rain, and add strength to your strength, so do not turn away as Mujrimoon (criminals, disbelievers in the Oneness of Allah).” [Surah Hood]

Prophet ﷺ said, “If a son of Adam were to own a valley full of gold, he would desire to have two. Nothing can fill his mouth except the earth (of the grave). Allah turns with mercy to him who turns to Him in repentance”. [Riyad us Saliheen]

The Prophet ﷺ, while sitting in the mosque with the Companions رضي الله عنهم, pointed out a person who entered the mosque as being of those who would enter Jannah. He did this for 3 days, and every time, it was the same person who entered the mosque. Abdullah bin ‘Amr رضي الله عنه wanted to know what quality this man possessed that made the Prophet ﷺ say that about him, so he spent three nights with that man. He did not notice that the man prayed the optional night prayers during any of these nights, but if he woke up during the night, he would simply mention Allah. So before he left, he had to ask him what he did that was so special that the Prophet ﷺ identified him as a man of Jannah. The man replied: “My deeds are nothing more than what you saw”. When Abdullah رضي الله عنه left, he called him back in and said: “My deeds are nothing more than what you saw, but the only thing I do is that I do not hold any grudge against any Muslim or envy anyone for what bounties Allah has granted them”; thereupon ‘Abdullah Ibn ‘Amr رضي الله عنه said to him: “This difficult quality to obtain is what granted you this rank.” [Ahmad]

A vital lesson this hadith teaches is, ‘successful people forgive and forget’.

SubhanAllah, we say that we want to be successful Muslims, but how much do we really work for it? The points mentioned above are not beyond our capacity. All we need to do is include them in our daily routine and practice consciously. And please don’t rush to do everything in one go. Take a week or two to put something into practice. Only then, move on to the next level. If you lose track, don’t lose heart. Start again. Allah سبحانه وتعالى  loves conscious endeavor. Most importantly, ask help from Allah سبحانه وتعالى . It is us who Allah سبحانه وتعالى  created Jannah for. It is attainable only if we are ready to do whatever it takes to get there. That is what true success is. The eternal one.