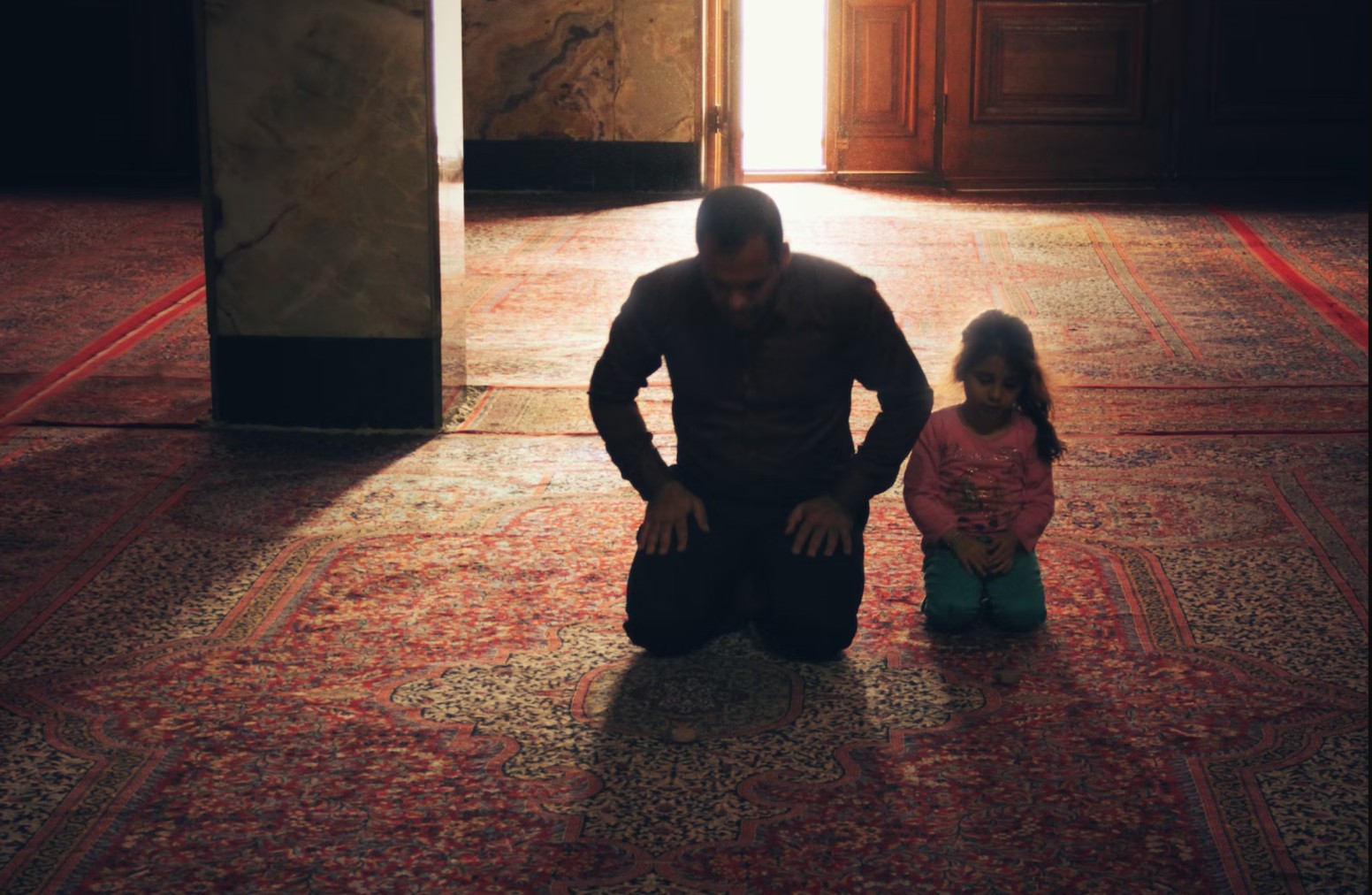 In addition to our 5 obligatory daily prayers, we are also legislated to do sunnah or voluntary prayers. They are also known as nafil prayers and al-subhah. There are many types of voluntary prayers: Some are legislated to be performed in congregation whereas others are to be prayed individually. These include the prayers of taraweeh, eid, eclipse, entering the masjid and so many more. Then there are some voluntary prayers that supplement the obligatory prayers like the sunnah and ratibah prayers. These are our focus in this article: as-Sunnan ar-Rawatib.

In addition to our 5 obligatory daily prayers, we are also legislated to do sunnah or voluntary prayers. They are also known as nafil prayers and al-subhah (named so due to its content of tasbeeh). There are many types of voluntary prayers: Some are legislated to be performed in congregation whereas others are to be prayed individually. These include the prayers of taraweeh, eid, eclipse, entering the masjid and so many more. Then there are some voluntary prayers that supplement the obligatory prayers like the sunnah and ratibah prayers. The ratibah are also sunnah prayers but not all sunnah prayers fall under the category of the ratibah. These are our focus in this article: as-Sunnan ar-Rawatib.

Abu Hurairah رضي الله عنه narrated that the Messenger of Allah ﷺ said, “The prayer most excellent after the prescribed prayer; is the prayer offered in the middle of the night.” [Muslim]

Rawatib prayer before the obligatory prayer is known as Sunnah Qabliyah, while rawatib prayers after the obligatory prayers are known as Sunnah Ba’diyah prayers. Sunnan ar-Rawatib are divided into Sunnah Mu’akkadah (prioritized or confirmed) and Sunnah Ghair Mu’akkadah (not prioritized). These should all be performed with a taslim after every two rak'at.

Abdullah Ibn Umar رضي الله عنه reported that the Prophet ﷺ said: “The prayers of the day and night are to be offered two by two.” [Abu Dawud] Uqbah ibn Hurayth said: I asked Ibn ‘Umar: “What does two by two mean?” He said: “Saying the tasleem after each two rak'at.” [Muslim]

These are known as the Mu'akkad prayers. They are:

The position of Sunan ar-Rawatib being 10 in number is the primary position held by the 3 Madhaib - Hanbali, Maliki, and Shafi'i. Sheikh Abdus Salam al-Shuway'ir حفظه الله highlights that units other than these 10 are considered to be Sunnah and not counted amongst the Sunan ar-Rawatib.

Only the Hanafi position opines them to be 12. A secondary position of the Hanbali madhab as well as the position held by Sheikhul Islam Ibn Taymiyyah رحمه الله, Sheikh Ibn Baz رحمه الله, and Sheikh Ibn al-Uthaymeen رحمه الله support this. They base their position on: Anbasah ibn Abi Sufyan quoted Umm Habibah رضي الله عنها as saying "Allah’s Messenger ﷺ said,

This is where the key difference lies in whether we have 2 rak'at before Dhuhr or 4 rak'at before Dhuhr. We say based on the most authentic narration that the Sunnan ar-Rawatib are 10. That being said, we pray 12 to remain on the safe side and praying more to navigate this difference of opinion is something of khayr.

Why Fajr? Aisha رضي الله عنها narrated that the Prophet ﷺ said : “The two rak'at before dawn (fajr) prayer are better than the world and all that it contains.” [Muslim]

Aisha رضي الله عنها narrated that the Prophet ﷺ was never more regular and strict in offering any Nawafil more than the two rak'at (before) dawn (fajr) prayer. [Agreed Upon]. He ﷺ would not leave these two raka'at even while he was travelling.

Imam al-Hajjawi رحمه الله in Zaad al-Mustaqni' states, “Then (following Witr Prayer in superiority) are the voluntary prayers associated with the obligatory prayers (rawatib): 2 rak'at before Dhuhr, 2 after it, 2 after Maghrib, 2 after Isha, and two before Fajr (they are the most emphasized).”

Sheikh Saleh al-Fawzan حفظه الله also highlights 10 in his Sharh of Zaad al-Mustaqni’ but mentions that 12 is also an opinion held within the madhab. The position of 10 being the primary position of the madhab has been narrated in multiple other books.

These prayers are apart from the 10 Sunan al-Rawatib mentioned above. They are an addition and hold a level lower than them in terms of reward. The Prophet (ﷺ) did these sometimes or encouraged others to do..

As mentioned before, Sheikh Abdus Salam al-Shuway'ir حفظه الله highlights that, "The additional two rak'at before Dhuhr and the additional 2 rak'at after it are considered to be Sunnah and not counted amongst the Sunan ar-Rawatib." This applies to all the prayers in this category.

The Prophet ﷺ said, “Whoever observes the practice of performing four rak'at before Dhuhr Prayer and four after it, Allah will shield him against the Hellfire.” [Ahmad]

Ibn Umar رضي الله عنه reported: The Prophet ﷺ said, “May Allah have mercy on a man who performs four rak'at before the Asr prayer.” [Abu Dawud and Tirmidhi].

Ali bin Abu Talib رضي الله عنه reported: The Prophet ﷺ used to perform four rak'at before the Asr prayer, separating them with Taslim (i.e., offering blessings) on the favourite angels who are near Allah’s proximity and the Muslims and the believers who come after them.  [Tirmidhi].

Anas bin Malik رضي الله عنه reported: "When the Muaddhin pronounced the Adhan, some of the companions of the Prophet (ﷺ) would proceed to the pillars of the mosque (for the prayer) till the Prophet (ﷺ) arrived and in this way they used to pray two rak'at before the Maghrib prayer. There used to be a little time between the Adhan and the Iqama." Imam Shu'ba said, "There used to be a very short interval between the two (Adhan and Iqama). [Muslim].

Abdullah bin Mughaffal رضي الله عنه reported: The Prophet ﷺ said thrice, "There is a prayer between the two Adhans (Adhan and Iqama)," and added, "For the one who wants to pray." [Bukhari]

1. It is disliked to continuously leave off the Rawatib. Imam Ahmad رحمه الله said, “Indeed the one who leaves the Sunan ar-Rawatib is an evil person”.

Sheikh Ahmad b. Nasir al-Qu'aymi حفظه الله explained this point by saying that it is makruh (despised) to leave them, there is no adālah (probity) for the one who leaves them, and it is mustahab to make them up if missed.

As for the other Sunnah prayers like Salat al-Duha or the additional 2 rak’at before Dhuhr, then it is not disliked if they are left off.

2. Whoever misses the Sunan ar-Rawatib, it is legislated for him to make it up after its time except during the forbidden times of prayer. Imam al-Hajjawi رحمه الله said in Zaad al-Mustaqni‘: If a person misses any of them (the regular Sunnah prayers), it is Sunnah for him to make them up.

3. The most emphasized Sunan ar-Rawatib prayed at home are those connected to Maghrib, Isha and Fajr. Why? The Prophet ﷺ said, “O people! perform your (voluntary) Salat (prayers) in your homes because the best Salat of a man is the one he performs at home, except the obligatory Salat.” [Bukhari and Muslim].

Ibn Umar رضي الله عنه reported: The Prophet ﷺ said, “Observe part of the (nawafil) prayers in your homes. Do not turn your homes into graves.” [Bukhari and Muslim].

The Prophet ﷺ said, "Man's voluntary prayer, where people do not see him, is twenty five times as equal as that which he performs publicly." [Musnad Abi Ya'la].

Imam al-Tahawi رحمه الله reports that according to Imam Abu Hanifah, Imam Abu Yusuf and Imam Muhammad, it is fine to pray the sunnah mu’akkadah prayers in the masjid but it is better to pray them at home. [Sharh Ma‘ani al-Athar] If a person is afraid of missing them after going home, he is to pray it in the masjid.

4. These 10 or 12 rak'at are linked to the 5 prayers. To get the mentioned rewards for them, they cannot just be prayed all in one go.

The Prophet ﷺ said: “When the iqamah for prayer is given, there is no prayer except the prescribed prayer.” [Muslim].

Imam Ibn Qudamah رحمه الله said: “When the iqamah for prayer is given, do not be distracted from it by nafil prayer, whether one fears missing the first rak’ah or not. This is the view of Abu Hurairah, Ibn ‘Umar, ‘Urwah, Ibn Sireen, Sa’eed ibn Jubayr, al-Shafi’i, Ishaq and Abu Thawr.” [al-Mughni]

6. It is mustahab to separate between the obligatory and nafil prayers by speaking or moving to another spot.

Abu Hurairah رضي الله عنه narrated that the Prophet ﷺ said: “Is any one of you incapable, when he prays, of stepping forwards or backwards, or to his right or left?” – meaning in order to offer a nafil prayer, i.e., a nafil prayer after an obligatory prayer. [Abu Dawud]

7. A person who is not consistent with the rawatib or is just beginning to practice, it is good to be diligent in performing the Witr and the two rak'at before Fajr.

Imam Ibn al-Qayyim رحمه الله  said, “It was the practice of the Prophet ﷺ when travelling to pray only the obligatory prayers, and it was not narrated that he used to pray the regular Sunnah prayers either before or after the fardh prayers, apart from Witr and the Sunnah of Fajr, which he never omitted whether he was travelling or not.”

In Sharh Muntaha al-Iradat, we note that the Sunnah of Fajr is first because of the varying narrations stressing its importance. It should be short and light as stressed by other narrations. Then the Sunnah of Maghrib because of the narration of Ubaid stating that the Prophet ﷺ commanded it - and it should also be short and light, and then the rest of the rawatib are at an equal value of importance.

Our Sheikh Ibrahim Nuhu حفظه الله said, "When Allah mentions أَقِمِ الصَّلاَةَ, He infers 3 things:
1. Praying on time.
2. Praying according to the Sunnah of the Messenger ﷺ.
3. Praying with Ikhlas - Pray to Allah alone and have khushu.
Khushu doesn't mean to cry. Whenever the scholars write about khushu none of them mention crying. Khushu means that the heart is attentive. You know that you are standing in front of Allah, what you are reciting and your limbs don't move unnecessarily. [Tafseer Surah al-Baqarah, IIUM]

Never make it a point to pray only 5 times a day for our Iman increases and decreases from time to time.

Narrated Abu Hurairah رضي الله عنه, Allah's Messenger (ﷺ) said, "The first thing about which the people will be called to account out of their actions on the Day of Judgment is prayer. Our Lord, the Exalted, will say to the angels - though He knows better: Look into the prayer of My servant and see whether he has offered it perfectly or imperfectly. If it is perfect, that will be recorded perfect. If it is defective, He will say: See there are some optional prayers offered by My servant. If there are optional prayer to his credit, He will say: Complete the (defect of) obligatory prayers by the optional prayers for My servant. Then all the actions will be considered similarly. [Abu Dawud]

Narrated Abu Hurairah رضي الله عنه, Allah's Messenger (ﷺ) said, "Allah said: 'The most beloved things with which My slave comes nearer to Me, is what I have enjoined upon him; and My slave keeps on coming closer to Me through performing Nawafil (praying or doing extra/voluntary deeds besides what is obligatory) till I love him.'" [Bukhari]