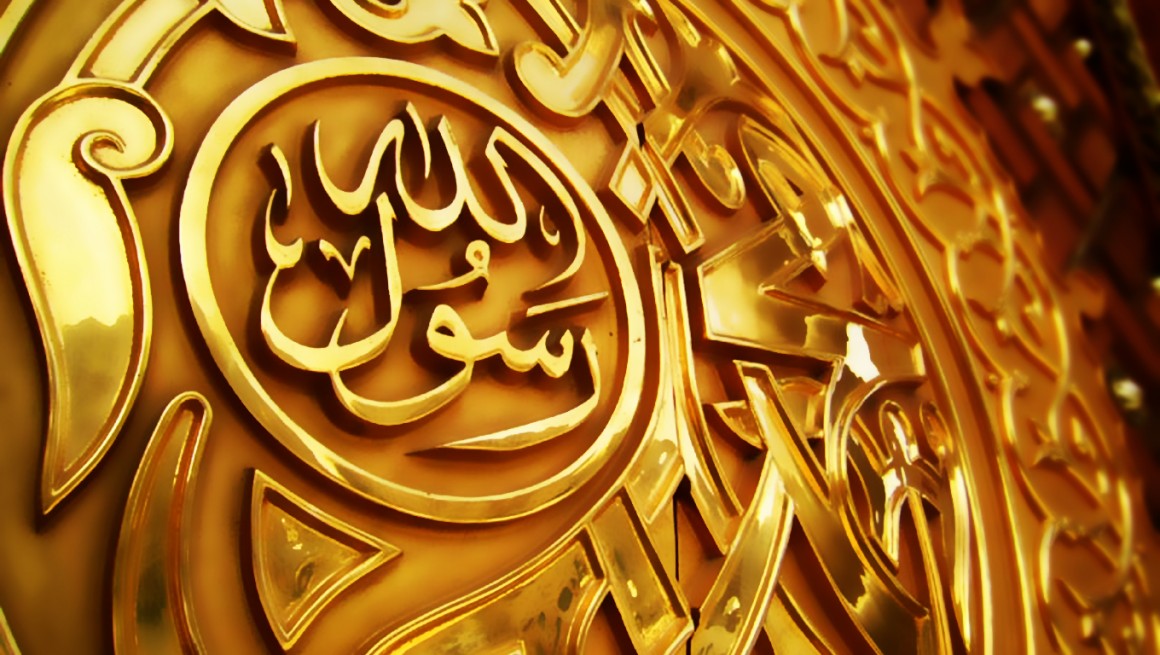 Khawla bint al Azwar was an extremely well-known amongst the tabiyun and a prominent female fighter. She did not see the Prophet ﷺ, but saw the rest of the Sahabas (رضي الله عنهم). Although there are several details of her life history that are quite vague, what is known is enough to inspire and ignite within us  the flame of wanting to make a change, bi idhn illah.

Khawla bint al Azwar belonged to the Bani Assad tribe, who had accepted Islam in its early days. She dearly loved her brother, Derar, and the love between these two siblings was absolutely legendary. We need to understand how the people of those days loved. When they loved someone, they showed it through their words and most impoartantly, through their actions.

Take for example, the Sahabas, who LOVED the Prophet ﷺ so much so, that they would gladly ready to sacrifice their lives for him and for the sake of Allah.

Abu Hanifa (رحمه الله), a great scholar in Islam, loved his mother to the extent which led him to cancel his classes and halaqas if he saw her passing by because she ‘needed’ something from him.

We love our parents; we all say we do. But how many of us ignore her calls when we are texting or scrolling through Facebook?  “Mama, one minute”, is the standard response. How many times do we voluntarily smile at them, not at a joke or a prank, but out of love for them? SubhanAllah. Let’s all start loving with body, heart and soul like the Companions (رضي الله عنهم)- not just loving, but also showing it in our actions.

“And your Lord has decreed that you worship none but Him; and that you be dutiful to your parents. If one of them or both of them attain old age in your life, say not to them a word of disrespect, nor shout at them, but address them in terms of honour.”

Now, back to Khawla. Her brother, Derar was a great skilled warrior of his time, and taught Khawla all she knew about fighting- from spearing, to martial arts, to sword-fighting. She was his companion wherever he went – be it at the market place or amidst the battlefield.

Given this level of love between the two, when Derar was captured in the battle of Ajnadin, Khawla became hysterical and uncontrollable. She did not know whether her brother was alive or not, but on the hope and tawakkul on Allah that he was alive, she donned armor, jumped up a horse and galloped with the sole aim of saving her brother.

This is no Hollywood/ Bollywood movie, with a male hero. Imagine- a female protagonist (under an armor, so no one knows she’s a female yet), taking on dozens of highly capable Roman soldiers at a time, to save her brother. The soldiers who saw her take on the enemy misjudged her to be Khalid ibn Waleed, the sword of Allah, who was leading the army at the time. SubhanAllah.

However, when they saw Khalid (رضي الله عنه), who was highly impressed as well, they were astounded. “Who is this?” was the question on every mind and tongue.

Ladies, don’t let anyone tell you that you can’t do something. We can do ANYTHING as long as it’s within the Shari’a boundary. Being a woman or married is NOT a reason whatsoever to give up on things we are passionate about.

Eventually the Romans lost the battle and fled, after which Khalid (رضي الله عنه) looked for the fearless knight to learn of his identity. Realizing that she was cornered, Khawla had no choice but to reveal that she was a she and not a he, on a mission to rescue her brother Derar. Feeling sorry for her, Khalid (رضي الله عنه) asked his second in-charge, Rafe’ ibn Umairah, to find out about Derar. Rafe’ inquired from some of the Roman hostages and soon discovered from that Derar was indeed captured, but alive- after having fought like a lion, killing around 40 of the Roman soldiers.

On learning that Derar was being held hostage in Hams, Damascus, Khalid ibn Waleed ask Rafe’ to lead a small army to the hostage camp and rescue Derar. Even though Rafe’ selected 100 top-level knights, Khawla insisted on accompanying them. The troop of 100 knights and a woman at the back marched to Damascus. Khawla was placed at the last because of the Islamic ruling of segregation of sexes, which was followed in even times of war, without any excuses. Derar was then rescued by the efforts of the army, and most importantly Khawla’s strong faith in Allah, and her passion to fight for what she believed in.

After this incident, Khawla continued to fight in other battles lest people think she fought just for the sake of her brother. She fought in some wars and tended to the injured in others.

In one instance, she and a group of women were taken hostage by Romans. The Roman leader fell in love with her and ordered his soldiers to treat her well, since he would marry her after defeating the Muslims. But Khawla would have none of it! In the middle of the night, she stood and called upon the women to stand and fight against the disbelievers, and plan their escape. And subhanAllah, the women did not just sit back and give up because they didn’t have any weapons! They made do with the poles and pegs of the tents!

Khawla instructed them all to make a tight formation (similar to what we see in war movies), and attack the groups of soldiers as they come. Five, ten, seven- all killed one after another. In this manner, they managed to kill 30 soldiers! The leader, who wanted to marry her, bribed her with the promises of big palaces, riches and servants, but this slave of Allah was not to be swayed. She calmly answered, “By Allah, it is more preferable for me to get married to the worst person in the Muslim community than to get married to you”, and continued fighting. She challenged the leader to kill her if he was a man, and while he approached her, the Muslim army burst onto the scene, with a loud Takbeer. Led by Khalid ibn Waleed and Rafe’ ibn Umairah, they drove the Romans away and emerged victorious.

Khawla was, and continues to remain a legend and an inspiration for the young and old, men and women alike- keep fighting for what you believe in, and never let defeat scare you. This is not to say that we must go out and start fighting in battle! Rather, the lesson we take away from the story of Khawla is to follow your dreams. She didn’t let her gender come in the way of what she was most passionate about. She was determined to do all she could to rescue her brother whom she truly loved; and she assisted the weak in battle as well as assisting in the victory of the Muslims at that time.

This is Khawla; a woman who reminds us to follow our dreams whether that is of being a Doctor through which you can help others, or a writer, through which you want to in inspire many hearts through words, or taking any other career path, and pursuing any other dream, if that’s what you want, for being a Muslim woman does not restrict us in aiming high, as long as what we want, is within the guidelines of the Qur’an and the Sunnah, and will spread goodness and peace in our communities.